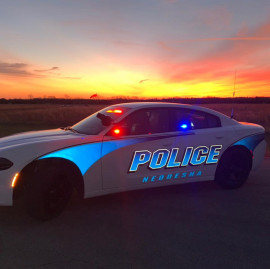 WILSON COUNTY – The Kansas Bureau of Investigation (KBI), the Neodesha Police Department and the Wilson County Sheriff’s Office arrested two men after they discovered over 82 pounds of methamphetamine in their vehicle.

In case you’re wondering, it’s pronounced “Knee-oh-duh-SHAY.” It comes from an Osage word that refers to our location between the Verdigris and Fall rivers.